Java and Chino came to train with Camellia at Unleashed Potential- The Valley because they were getting into fights with each other in their home. Java, who’s issues were insecurity with dogs and pushy controlling behavior, stayed for 4 weeks, while Chino, who’s issues of dog aggression and generalized anxiety were much more extensive, stayed for 9 weeks before he was ready to go home. Today, both dogs live together without issue, something their owner wasn’t sure could be possible. The day Chino returned home, she was so overwhelmingly happy, that she decided to write a letter explaining her experiences;

“I have two bully breed dogs that are absolutely amazing in my eyes and they are my life. Java (brindle) is turning three this December and Chino (black) is a year and a half. When Chino turned one, his personality was quite different from when he was in puppy stages. When he was young, he would follow Java around like crazy; you could sense the loyalty he had towards her. I had a sense that Chino had some issues even during puppy hood. He would whine profusely and for long durations to the point where the only thing that APPEARED to work was cuddling him and keeping him close to me. I thought I had it figured it out; he needed more “mommy time.”

This only made matters worse. Chinos behaviour continued to deteriorate,  even when I starting simple obedience training from home. He appeared to be anxious 99.99 percent of the time, which affected Java in major ways and before I knew it, I had two dogs that were now acting aggressively in all situations they were well subjected to in past (dog parks, playing with other dogs, being together outside and inside the house). There had been multiple major fights between the dog dogs that resulted in me taking them to get medical attention. For those who have never experience a dog fight, I can not describe all the emotions that are attached to seeing it, but it’s probably on my top things I never want to witness again. It broke my heart because I thought I have failed both my dogs.

I contacted Camellia from Unleashed Potential because I could not handle the aggression between the two dogs or trust that something serious wouldn’t result from trying to break them up. Camellia came to meet the dogs and hear about what had been going on with the two of them. She gave me hope, as other organizations told me even before meeting me that Chino and Java would most likely not be able to Co exist in the same household. Camellia explained personal experiences with the same behaviours my dogs were displaying and made me feel a connection. I made the decision to board and train both dogs as I felt that both had major issues that needed to be addressed quickly.

I had huge issues with leaving my dogs in another’s care, but Camellia made this experience easier for me and I received updates and pictures of both dogs on a regular basis. When Java returned home, she was a completely different dog and I was blown away with her progress. Java was finally calm in her mind, and was very obedient, making me feel proud of all her accomplishments. Camellia took the time to help me understand Java’s needs and guided me through our now very different, healthy relationship. I went for a walk with Java the other day and two new moms were pushing strollers on the same path as us. As they approached I tested Java’s ability and put her into a “down” until both moms passed us. Java was successful and she never broke her command. One of the mothers turned around and expressed how impressed she was and that Java was an extremely obedient dog. I can’t even begin to tell you how happy this made me feel.

Today was Chino’s first day home. Chino had been a very difficult case, as his anxiety slowed the training process a  little. Camellia never gave up on Chino or my goal to have both dogs Co exist in a safe environment. He is a completely different dog now. Chino’s body language and demeanor are totally different to the point where I sat here in tears while he was on “place ” and I was reflecting on the dog Chino used to be, versus the dog Chino is now. These results are all due to the work and dedication Camellia had while training my dogs and supporting me through the process. Camellia has made my dream come true of living in harmony with both my dogs under the same roof. Thank you for your ongoing support and dedication with us.”   – Amanda Wile 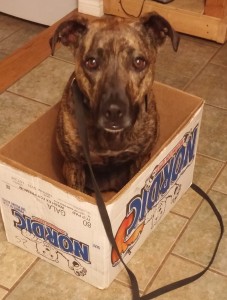 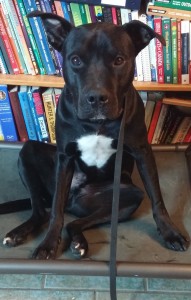 Are you at your wits end with your dog’s behavior and would like to have control, sanity, and above all else, safety? No matter the age or breed, please contact me, because I promise you, I can help you!

Book your FREE consultation and demonstration with me today! Send me an email at camellias@upk9.ca  Like me on Facebook! Not in The Valley, NS? Find a trainer near you ! Be sure to sign up for Duke’s Free mini video series HERE