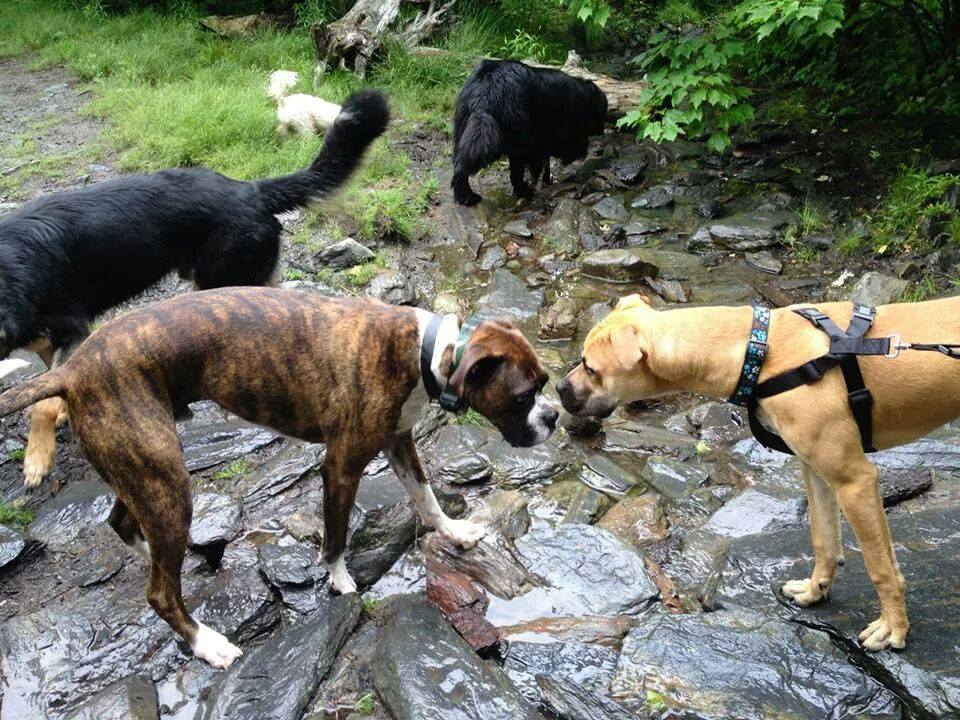 "It's okay....he's friendly!!" Let's discuss the importance of Off-Leash Recall. How many times have you heard an owner yelling that out to you from afar as his off leash dog runs towards you full tilt while ignoring all his owners attempts to call him back? Often the dogs name is repeated over and over and over, the word "treat" is thrown in for good measure and there's a hint of desperation in the tone as their dog gets closer and closer. If you are walking a dog with on leash reactivity … END_OF_DOCUMENT_TOKEN_TO_BE_REPLACED

My last dog... No,...that is not a statement. I have not sworn off dogs and will most certainly welcome another with open arms when our 4 canine family members cross over the Rainbow Bridge. This isn't a rant either,...rather an attempt to point out something that some dog owners often get hung up on. I've lost count of the number of times I've heard a dog owner, while in conversation about their current dog, say...."my last dog", right before listing traits their last dog had that they … END_OF_DOCUMENT_TOKEN_TO_BE_REPLACED 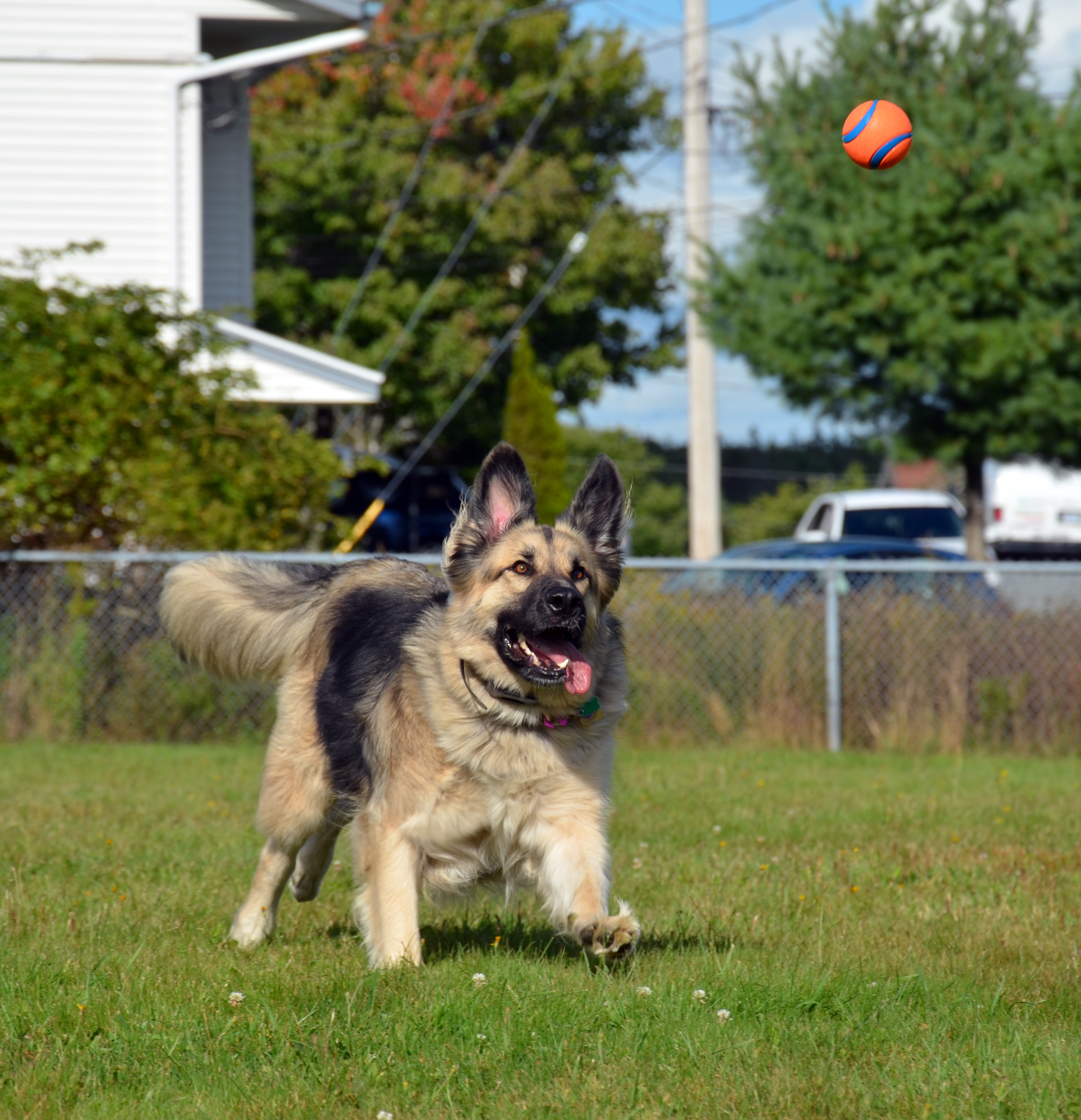 I am frequently asked why I became a dog trainer. The answer is simple really - I love dogs and like to help troubled dogs. As you may imagine, the reasons go deeper than that so let me explain. A few years ago my wife and I adopted a rescue dog and we named her Karma. She's a German Shepherd / Bernese Mountain Dog mix that came with some behaviour issues. She was aggressive towards other dogs and would lunge and bark on leash. She is a strong dog and managed to damage my wife's back to the … END_OF_DOCUMENT_TOKEN_TO_BE_REPLACED 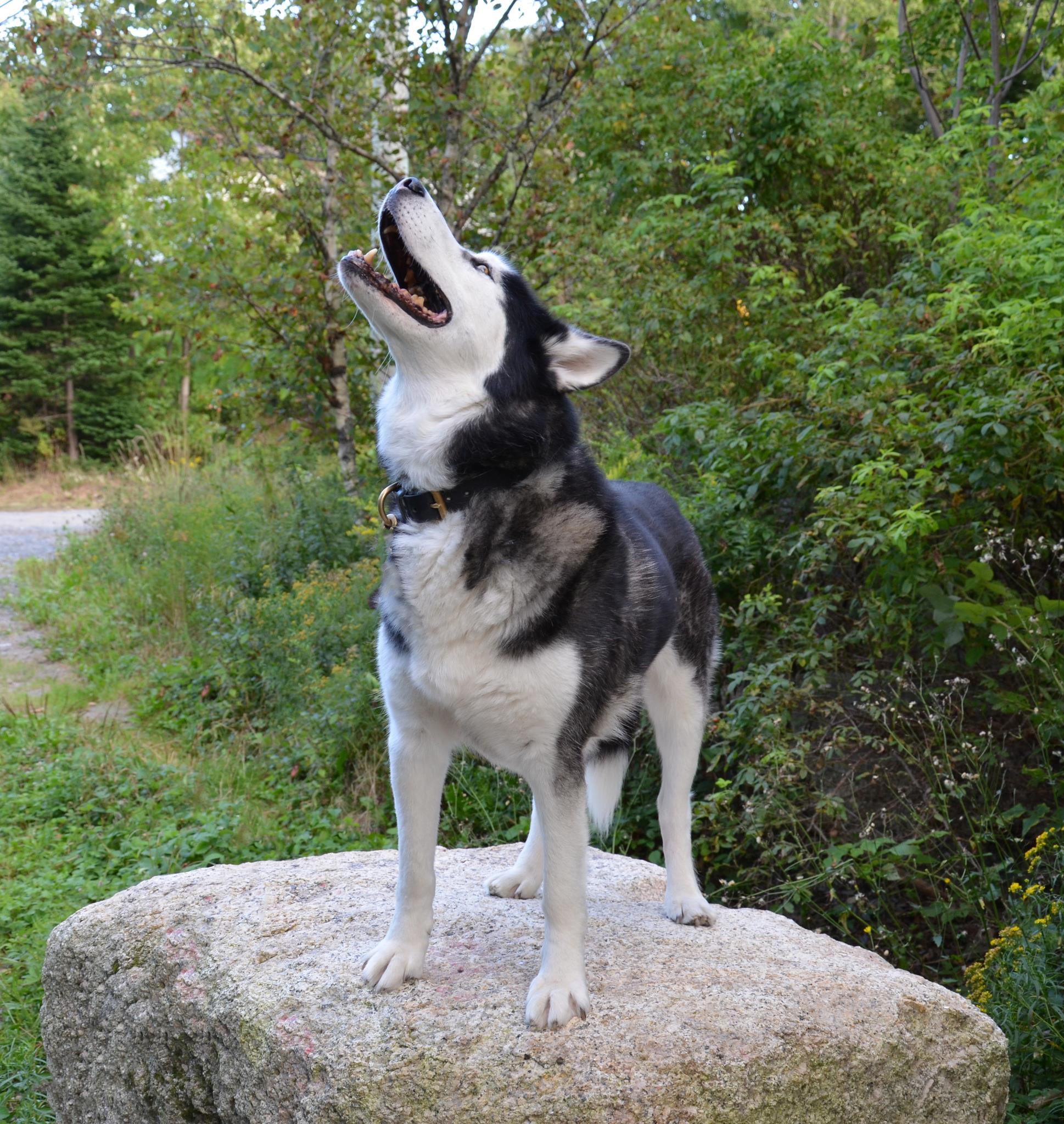 Dog Rescue in Nova Scotia Hey everyone! Today we have an interview with Guy and Kimberly Lapierre have opened up their own dog rescue organization called Dog-Karma here in Halifax. Their organization differs from others by having each dog go through a training program to aid in their behaviour problems before they are adopted out into their new homes. This lessens the risk of a dog being returned to them or being put into a shelter. They've had nothing but success so far, keep up the great … END_OF_DOCUMENT_TOKEN_TO_BE_REPLACED